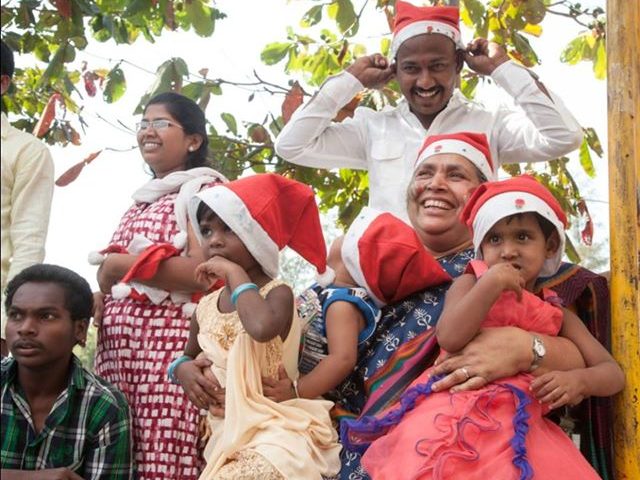 M​aher had a Gala Christmas Celebration which commences​d​  on 24 Dec 2016 at 6 pm and completed on 25 Dec 2016 evening! It was a moment of joy while watching children from all Maher homes arriving at Vadu center to celebrate the Birth of Lord Jesus. ​T​he​y were welcomed with handmade sweet packet​s and cake​s. 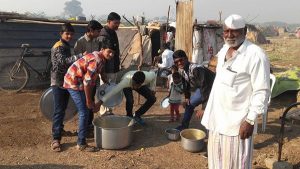 As Maher feels happy in sharing the joy, like every year the sugarcane cutters (migrant workers) and people who stay on road side were invited for the Christmas Eve program. The staff had cooked food for almost 1250 people. Children put up a very meaningful cultural program to entertain and respect the day labors.

​Every male who came in received a blanket,​​ the women received a sari and small children received play items as Christmas gift. Controlling the crowd was a difficult task but the Maher staff did a good job. Every person who came in was invited for the dinner.

The chief guests were doctors from nearby villages and newspaper reporters ​ –

Among them, Dr. Shinde said that only people who have experienced Divine Power can do the type of work Sr. Lucy is doing!​Mr. Sharad Pabale the Sakal reporter said that he has been seeing Sr. Lucy’s work for the past 20 years and it is so heart moving!​ 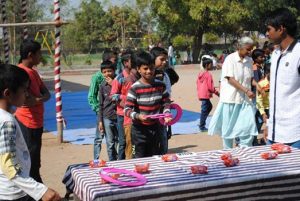 On 24​th December night children from other Maher houses (Apti, Kendur, Thakar Wasti, Shirur, Swagat, Premsgar and Sadabahar) ​​slept at the origin home of Maher, Vadu Budhruk. There were 425 children at Vadhu Budruk on Christmas morning. The day started at 8:30​am with the prayers in front of the crib ably led by Mr. Gaus Sayyed – a ward and a blue star of Maher.​ All the children were in their best outfits and looking very dashing and smart. Breakfast for the children was a fruity bread roll, rice and hot chocolate.

​Somehow all the children, presents and equipment were transported to Vatsalyadham – 425 children from Vadhu and 80 from Bokari. There was a variety of jeeps, 1 school bus and 2 tempos, vans and 6 drivers.

In the main ground at Vatsalyadham a pendol (cloth canopy) had been set up in front of the stage area to provide shade. At the side small kiosks had been set up for the pani puri, bhel, popcorn, candy floss; face painting and mendhi (henna) stalls. In addition there were 4 fun stalls – coin game, hoopla, get the ball in the bucket and knock down the tower of steel cups. The children were each given 5 vouchers to spend on snacks or face / hand painting / fun stalls as they like.

Throughout the day people from the different houses performed on stage. Santa Claus made a brief appearance and shook hands with the people. Gaus Sayyed and Mangesh Pol opened the proceedings with a Bollywood dance followed by a Hindi song 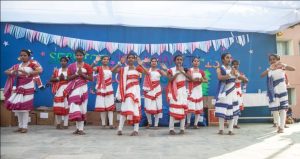 by one of the housemothers, street dance from Shirur boys, a Maharastrian folk dance, more Bollywood dancing, singing from Karalunya (men’s home) and lots more.

Lunch was at 2pm. There was rice, fried chicken in chili sauce, drumstick (long vegetable that you get off a tree) sambar and mutter paneer (peas and Indian cheese). There was chocolate cake for dessert.

In the afternoon the Chief Guests were Mr. and Mrs. Abhijit Anap (Superintendent of the Government Mental Hospital of Pune) and Vikas Kand – CEO of Abhang Pratistham, Dehu. The guests lit the lamp and were then felicitated by Sister Lucy.

The girls from Premsagar and Sadabahr Pune houses did a prayer dance then the Maher Vadhu children performed a Bollywood dance.  Both of the guests spoke of their appreciation of the work Sister Lucy is doing to help the less fortunate members within India and said that this was a noble cause. 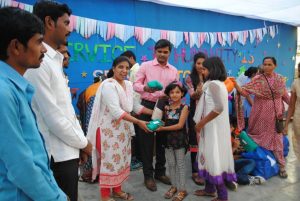 Mr. Vikas Kand said ‘I am seeing God in Sister Lucy’. Mr. Abhijit Anap said that he is ready to help Maher in the future if there are any health issues with the Maher men, women or children.

Christmas gifts were handed over to all the Maherians on the stage house by house by the guests. All 1400 gifts packets were beautifully wrapped in brightly colored tissue paper lebelled with the individual’s name on it. A special thanks to our beloved Bernie Aunty from UK, Mini, Anita, Sr. Meena and other staffs for all their hard work, help and support.

Everyone had a cup of chai and a tub of ice-cream before they were transported back to their proper house for dinner and bed. The Marathi medium children return to school on 26 December.

Sister Lucy ended her day by going to the Provincialate convent in Pune as she had to wish her the Sister Superior a happy Christmas.

Maher wish you the Joys and Blessings of the Christmas Season and Every Success in 2017. 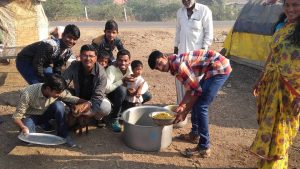 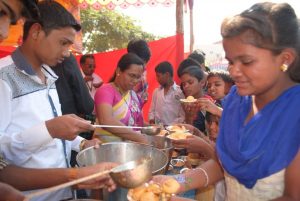 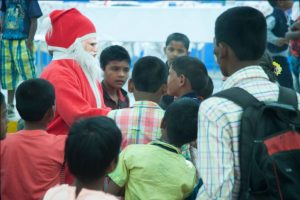 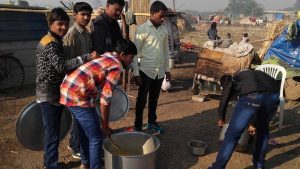